The Wonderbra is probably the most well-known piece of underwear on earth. After making its sensational debut in the UK, the Wonderbra crossed the pond and debuted in the US in 1994. At the peak of its popularity, one Wonderbra was sold in the US every 15 seconds.

Thousands of women own one and even those who don't have heard of it. For those who aren't quite ready for breast augmentation, the Wonderbra may be the way to go.

How does the Wonderbra work? 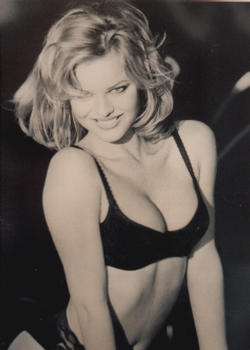 To quote the Wonderbra marketing material, "precision engineering" is the key to their product's success.

The cup of each Wonderbra is constructed out of three components. The back and underwire are angled for optimum support and breast enhancement. Removable pads, called "cookies," are included to help boost the breasts. The gate back and a set of rigid straps support and enhance the cleavage.

The Wonderbra pushes the breasts up and together - creating the illusion of larger breasts and much more dramatic cleavage.

What are the benefits of the Wonderbra?

There's good reason why the Wonderbra was so popular in both the UK and the USA.

If you're willing to accept that the breast increase you experience with the Wonderbra is in appearance only, there aren't really any side effects whatsoever. Some women choose permanent breast enhancement that doesn't disappear when they undress - but that's strictly a personal choice.

If you're more interested in the appearance of larger breasts than in really increasing your breast size, the Wonderbra may be for you. The Wonderbra is available in a multitude of styles and colors and freely available both online and in stores.